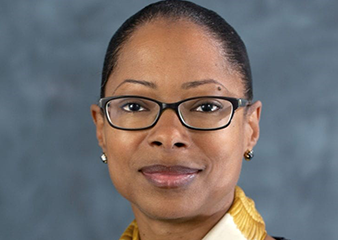 Vanessa L. Allen Sutherland is Executive Vice President Government Relations & Chief Legal Officer of Norfolk Southern Corporation. She joined Norfolk Southern as vice president law in June 2018, subsequently being promoted to senior vice president, chief legal officer in April 2019 and then to senior vice president, government relations and chief legal officer in August 2019, then to her current role in early 2020. Prior to joining Norfolk Southern, she served in a presidentially nominated and Senate-confirmed position as chief executive officer and chairperson of the U.S. Chemical Safety and Hazard Investigation Board in Washington, D.C.

Previously, she served as chief counsel with the U.S. Department of Transportation’s Pipeline and Hazardous Materials Safety Administration; counsel with Philip Morris USA and senior counsel with Phillip Morris parent Altria. Sutherland began work as a corporate attorney at long-distance phone company MCI. In 1998, she moved to MCI subsidiary Digex, where she served first as counsel and later as senior counsel and then vice president and deputy general counsel.

Sutherland holds an undergraduate degree from Drew University (Political Science, Art History) and a Juris Doctor and an MBA (Information Technology) from American University. She is also a Certified Information Privacy Professional as of 2007. A member of the Maryland, Virginia, District of Columbia and U.S. Supreme Court bar, she has expertise in publicly traded Fortune corporations, start-ups and the federal government, specifically handling compliance, regulatory, IP/Privacy, commercial, strategic planning and labor or employment matters. Sutherland is the recipient of several legal and non-legal awards, including as examples three U.S. Secretary of Transportation Awards, a Virginia Lawyers Weekly “Leaders in the Law” Award, the 2017 “Standing on the Shoulders of Giants Award” from the University of Richmond, Jack and Jill of America – Distinguished Mother of the Year, top March of Dimes fundraiser and a Fellowship in both the Maryland State Bar and the Leadership Council on Legal Diversity. She speaks two foreign languages and loves being a board member of the symphony.